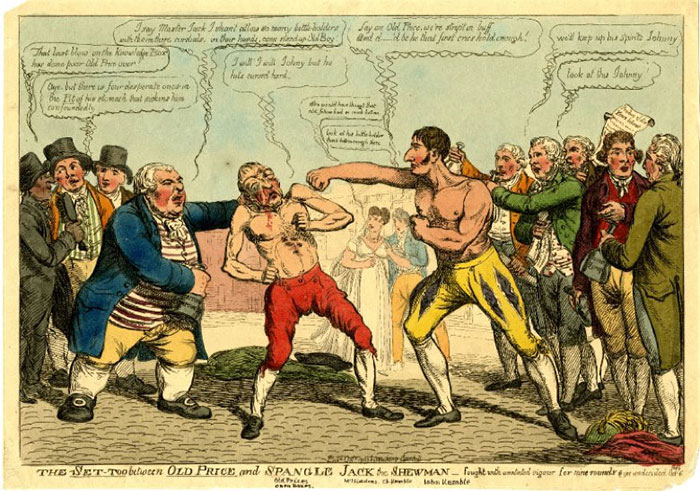 The Set-too between Old Price and Spangle Jack the Shewman—fought with unabated vigour for nine rounds & yet undecided Oct. 6 1809 (October 1809). A muscular Kemble deals a blow to a weak and badly beaten Old Price, who is supported by the personification of England: John Bull. Amidst the many characters, all of whom have something to say, including Siddons and Charles Kemble in the background, John Bull exclaims, “come stand up Old Boy!” to which Old Price answers, “I will! I will Johnny but he hits cursed hard.” Courtesy of the British Museum.