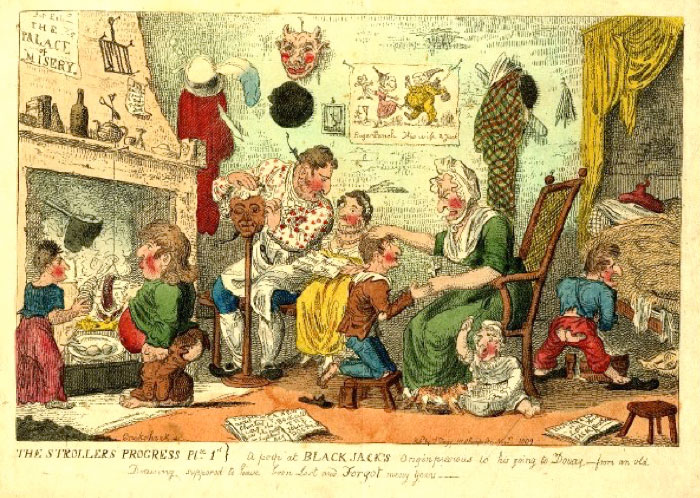 Isaac Cruikshank, The Strollers Progress Plte 1st} A peep at Black Jack’s origin previous to his going to Douay – from an old Drawing supposed to have been Lost and Forgot many years (November 1809). A young John Philip Kemble kneels in front of his mother, his sister Sarah sits behind him with a book on her lap, and their father Roger Kemble speaks to Sarah and dresses a wig. Other siblings (including Stephen and Charles) wear tattered clothing and are variously occupied in an impoverished home environment. The scene reminds viewers of the Kemble family’s lowly beginnings as itinerant players. Courtesy of the British Museum.