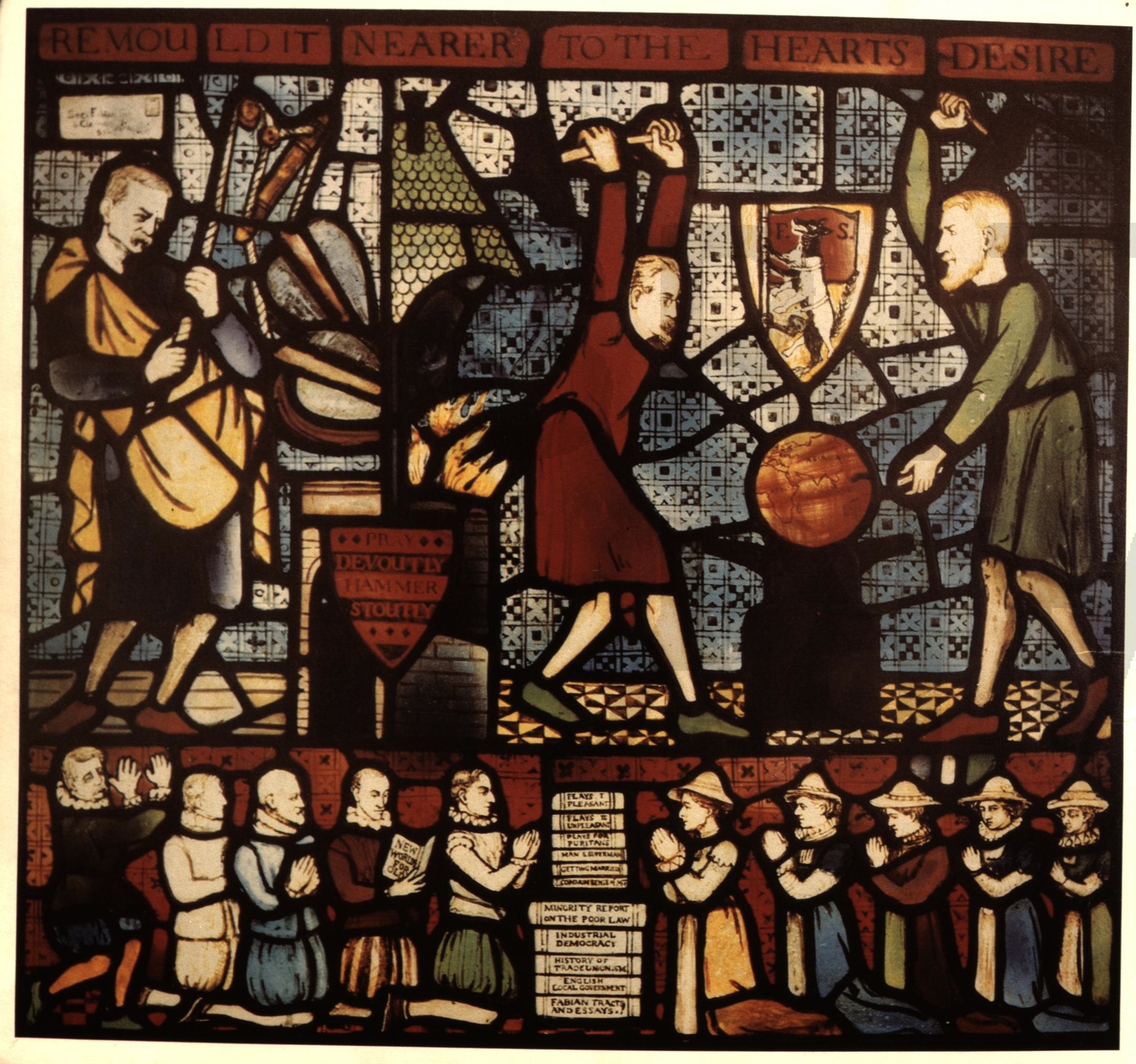 The Fabian window – lost for more than 25 years – was unveiled by the prime minister Tony Blair on 20 April 2006 during the centenary year of the Labour Party in its new home, the Fabian-founded London School of Economics and Political Science. The stained glass window was designed by George Bernard Shaw in 1910 as a commemoration of the Fabian Society, and shows fellow Society members Sidney Webb and E. R. Pease, among others, helping to build ‘the new world.’ This image is in the public domain in the United States as its copyright has expired.